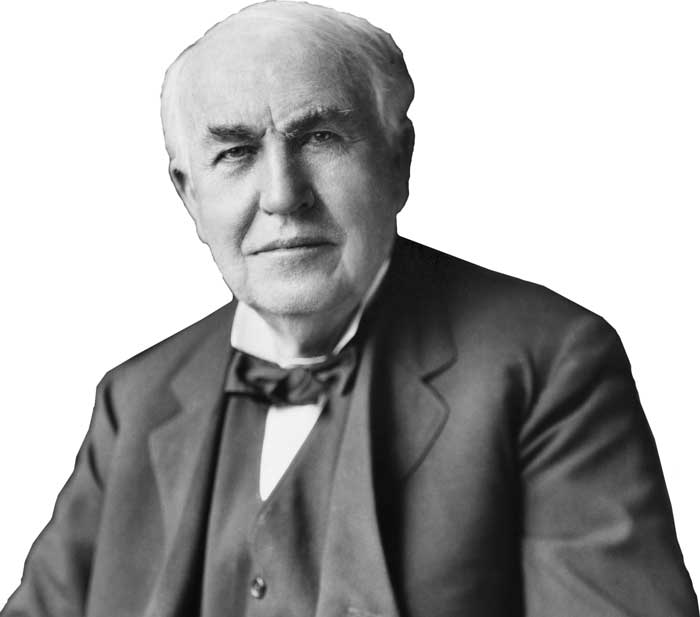 Today, we all have electric lightings installed in our homes to lighten our houses in darkness. Electric lightings were first used in houses after the invention of the incandescent light bulb, whose credit goes Thomas Edison.

Thomas Edison developed and improved the idea of electric lightning and made it economically viable so that people can use it. Thomas Edison is one of the most famous and great inventors who invented many things other than the light bulb, such as phonograph that recorded voice.

Thomas Alva Edison was an American inventor who was born on 11th February of 1847 in Ohio. Thomas Edison was the youngest child of his parents among their 7 children. His Father was a political worker in Canada, and his mother was a teacher at a school. Thomas Edison in his childhood became very ill and got ear infection which made it difficult for Edison to hear. He got his early education from his mom at the home because listening to the teachers in the school was difficult for him.

At the age of 11 years, Thomas Edison got interested in self-learning and read many books on many subjects. He started to sell the newspaper on a train to earn some money. He also set up a chemistry lab in the same train where he sold newspapers. One day, a glass jar which contained phosphorus (a chemical element) somehow fallen in the train and caught fire which burned some parts of the train. When the conductor of the train caught Thomas Edison, he slapped him very forcefully near his ear which resulted in further loss of his hearing sense.

At the age of 15, he got the job of a telegraph operator. This job made the young Edison interested in electrical science and allowed him to perform experiments on electricity. Edison shifted himself to New York at the age of 22 years where he developed his first invention, called Universal Stock Printer. From now and onwards, his journey of inventions began.

Thomas Edison was one of those inventors who became very rich from their inventions. Many people think that he became famous only because of the light bulb. But in reality, he built a complete system to power a light bulb in everyone’s home which includes sockets for the bulb and a power company to supply electricity to homes.

Here are some famous inventions of Thomas Edison: