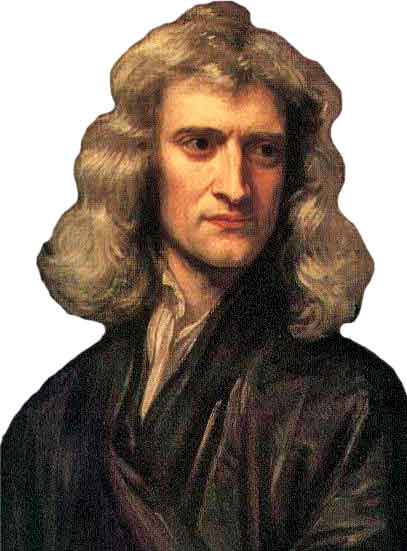 Isaac Newton is a big name in the field of science and mathematics who has developed many laws of physics, some of which are the law of gravitation and laws of motion. He also founded new branch mathematics, called calculus, which very important branch of mathematics in these days. Other than this, Newton worked on optics and built a new telescope that worked on reflection of light, instead of refraction.

Isaac Newton was born on 4th January of 1643 in England. He was the only child of his father that was a farmer and died before his birth. After the birth of Newton, her mother went to remarry with a person who was a minister. Due to remarriage, she left the Newton to his grandmother for further care. But at the age of 12, Newton’s mother came back because her second husband also died.

Newton got his early education from the king’s school while her mother was living with her second husband. But at the age of 12 when her mother came back, she pulled-out the Newton from the school so that he can become a farmer. Newton was not able to become a good farmer, so he was again sent back to the same school to get the education further.

In 1661, Isaac Newton successfully enrolled in a college at Cambridge for graduation. But after a few years, the Great Plague was spread throughout the Cambridge and Newton had to leave that area. He returned to his home at Woolsthorpe and remained isolated most of the time for study. During that time, Newton had developed several theories and laws, some of which are gravitation of Earth, laws of motion, and calculus.

Later on, Newton became a professor at Cambridge where he spent most of his time during the last years of his life. Due to his scientific contributions, Newton was also made the president of the Royal Society in 1703.

Isaac Newton has contributed so much to science and mathematics that he was considered as the best scientists by Albert Einstein. Newton spent most of his time isolated from people for studying, some of his discoveries that he made are: