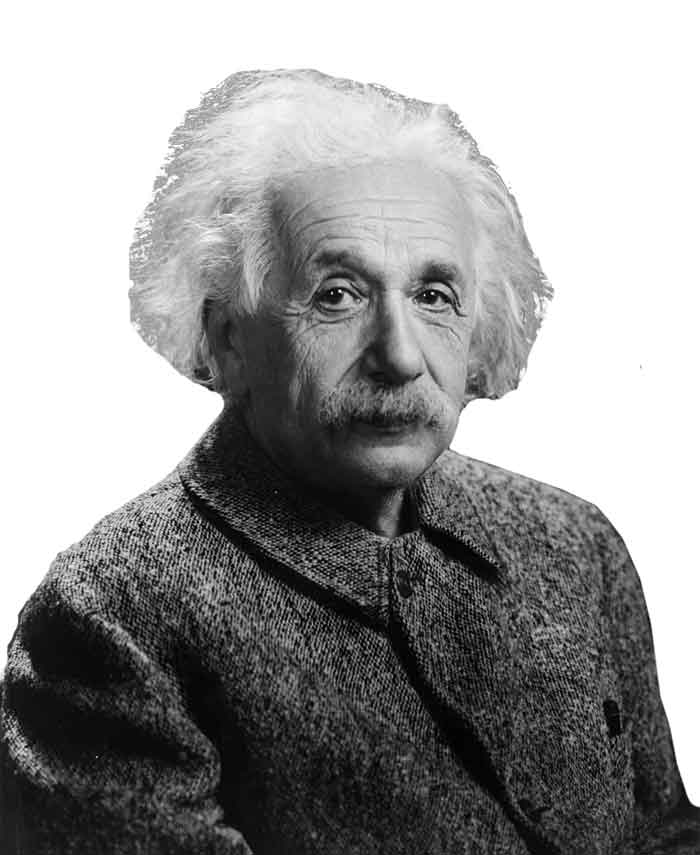 Albert Einstein is widely known and famous scientists for his efforts in many scientific discoveries. He is considered to be the most creative and intelligent people of the 20th century. He is well known for very famous equation, E = MC2, which describes the relationship between energy and mass.

Albert Einstein was a German and was born on the 14th of March 1879. His childhood was mostly spent in Munich, Germany where he also got his early education. He was very interested in the field of math and science from his childhood, and always topped these two subjects. In other subjects, he was a poor student due to lack of interest. Einstein learned a lot from his dad, in the field of electricity and science, who managed an electronics company. Due to poor performance in schools and Einstein’s independent study habit, authorities of the school asked him for leaving the schools so that his strange behaviors couldn’t affect other students.

For further studies, Einstein tried to apply in the Federal Institute of Technology in Zurich, Switzerland. But he was not able to clear the entrance exam in the first attempt due to his poor performance in subjects of art, zoology, botany. Next year, he again tried for the admission in the same institute and successfully cleared the test. After his admission, he also secured the citizenship of Switzerland in 1900. When he completed his graduation at Zurich, he applied for a teaching post to pursue his career as a teacher, but couldn’t get. Instead, he got a job at a patent office to meet his homely expenditure.

Albert Einstein had contributed a lot in the field of science and discovered many aspects of our physical world. Some of his contributions and discoveries are the theory of relativity and the photoelectric effect.

Einstein is most famous for his work on the theory of relativity and an equation, E = MC2, which a part of the theory. This theory was a revolution in science that changed the perception of our physical world. His theory was a backbone is many inventions, such as the atomic bomb. Theory of relativity explains that all the physical quantities are not absolute but they are relative. His theory also explains that anything having mass can’t reach the speed of light. Also, the time dilates (slows down) for an object traveling near the speed of light.

Einstein didn’t found the photoelectric effect, but he explained the phenomenon behind the effect. In the photoelectric effect, if a certain frequency of light is illuminated on a certain metal enclosed in a vacuum glass tube, the metal will emit the electrons at a certain voltage. No one really understood, how it works. But, Einstein explained the effect by considering light as particles. He said that light is made of tiny packets of energy, called photons, which carries certain energy according to their frequency. When they hit the metal and their energy is equal or greater than the work function of that metal, the electron will be emitted from the metal. Einstein got a Nobel Prize for his explanation on photoelectric effect – not for the theory of relativity.