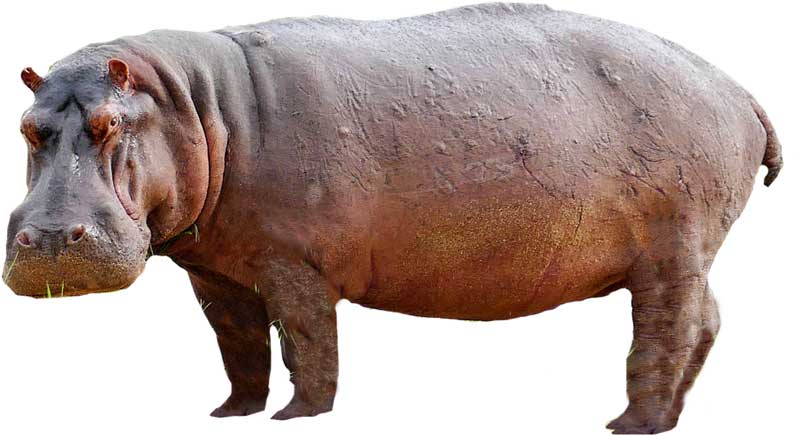 Hippopotamus amphibious are one of the heaviest land mammals on the Earth. They are simply referred to as hippopotamus or just hippos. In the Greek language, it means river horse because hippos like to stay in waters. They are known as good swimmers and can hold their breath underwater for about 5 minutes. It is a large mammal and dwells partly in water and partly on land. They mainly eat vegetative material, e.g. grass and leaves.

Only two of their species have survived and are mostly found in Africa. They are the biggest mammals after elephants and rhinoceros. They are quite heavier and physically look similar to pigs and other land animals. They are closely related to dolphins, whales, etc. 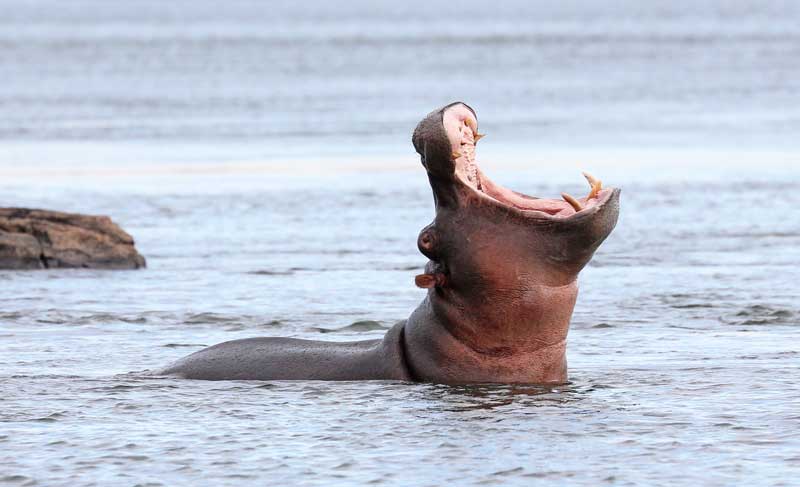 They have barrel-shaped hairless bodies, and their mouth is wider. They have large canine tusks (long and sharp teeth) similar to elephants. They have fatty and pillar-like legs but quite shorter. On average, an adult hippopotamus weighs around 1,500 Kg and has a strong body shape. Also, it can run at a speed of 40 km/hour over short distances.

The position of their eyes and nostrils are located higher than their heads; thus, they can observe above the water surface and take breathe while remaining underwater. 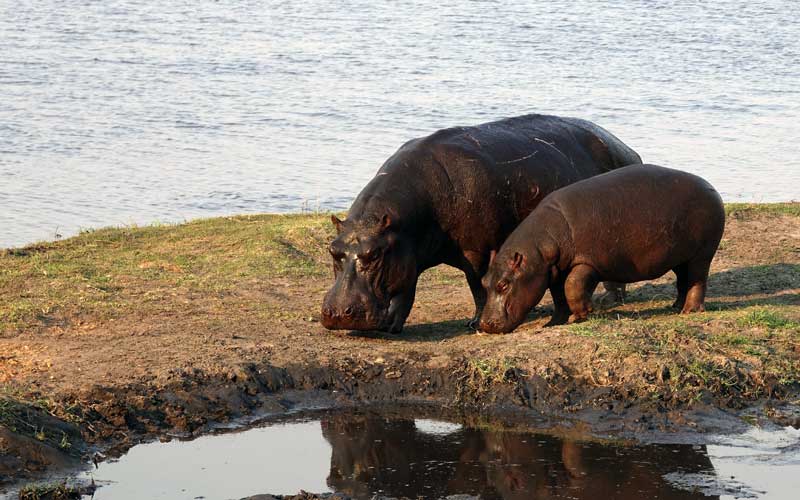 They choose rivers, ponds, lakes, and mangrove swamps as their habitat. During the day-time, they keep themselves cool by lying next to one another in water or mud. They are seen in savannahs and forests as well.

They usually prefer water that deep enough for them to submerge and is located along nearby grassland. Freshwater makes a suitable habitat for them. However, the hippopotamus of Western Africa can also stay in saline waters. And sometimes they are found in the seas as well. A large number of hippopotamus dwells in quiet waters having firm, smooth, and sloppy beaches. 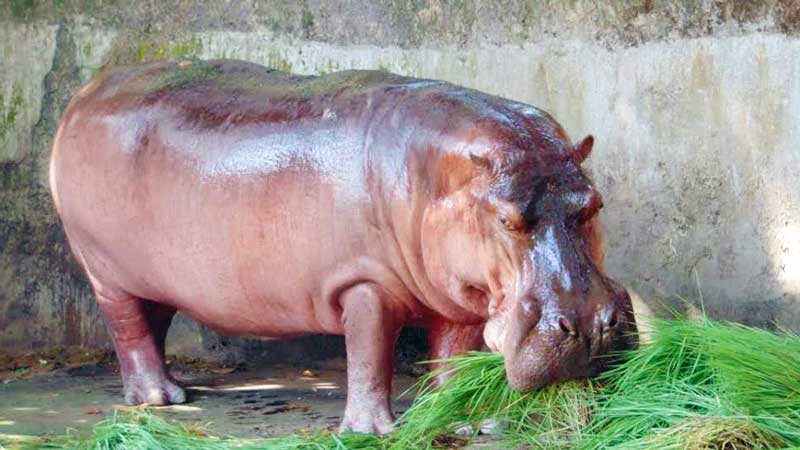 Short grasses are the primary source of food for the hippopotamus for which they leave the water when sunset. They usually travel up to 15 Kilometers away and spend 4 to 5 hours in grass-eating activity. They can consume up to 68 Kg of grass and foliage (green vegetation) during each night.

It is important to note that hippos don’t make use of their incisors (front cutting teeth) to eat. They instead use their lips to pluck parts of plants and use their molars to chew plant material.

The common hippopotamus is considered as an inactive, sitting, and social creature that walks during night time. The group of hippopotamus usually contains 20 to 100 individuals that are guided by females. The males in the group play the role of protectors against any danger.

Hippos typically live an amphibian (animals dwelling in water and on land) life. Surprisingly, they can even sleep underwater. Occasionally, they float a bit to surface for capturing a puff of fresh air. The African hippos are bound to share their habitat with crocodiles. Crocodiles also pose a danger to newly born hippos who cannot defend themselves on their own when they are alone.

They make use of roaring and “yawning” to keep their competitors away from their territory. Occasionally, they have to engage in a fight with their rivals.

They are facing the danger of extinction. The main threats to their survival are shrinking habitats and human strategies, e.g. deforestation. Also, their fat and ivory tusks have excellent market value. The Congo in Africa witnessed a decline of 95% in the hippopotamus population due to illegal hunting. A large number of hippo teeth were exported by Uganda (in the African continent) in 2002. This export indicates their increased killing by humans. The illegal hunting of Hippos is still not banned from obtaining their ivory tusks. Thus, they face a significant amount of danger from hunters.