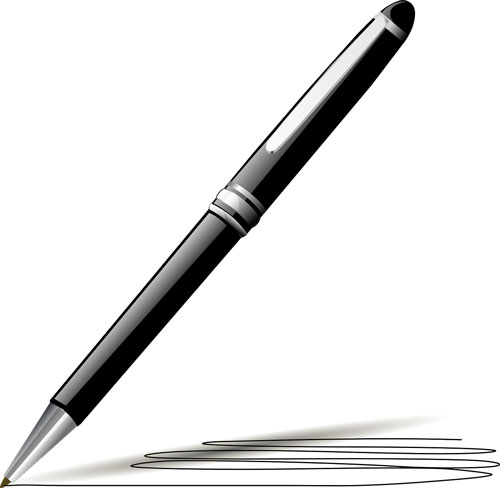 Since prehistoric times, humans have tried to mark their stories and presence with the help of some tools. In ancient times, people used the techniques of engraving or etching their writings on hard surfaces like smooth stones, suitable flat wood, and some metallic surfaces. After that, materials like papyrus and parchments were also used as writing surfaces by using some hard and pointed sticks and styli (singular: Stylus). Such examples of writing are found from caves, pyramids of Egypt to later stages during Chinese Dynasties, Eastern Asia, Greeks, and the Roman Empire.

When liquid ink was invented, then people developed tiny brushes made from camel hair for writing and painting. Moreover, quills were also used for writing by dipping them into inkpot to suck ink and then writing on a surface.

Around 2,000 BCE ago, Egyptians were making writing tools from reeds (taller and slimmer family of plants). They carefully cut the tip of a reed to form a nib and filled the hollow portion of the reed with some liquid that acted as ink.

Around 600 AD, the quill pens came into vogue (fashion) and it remained so from the 7th to 19th century. The people of Europe used feathers of birds whose feathers were large such as swans. The feathers obtained from birds were properly dried to drive out the remnants (leftovers) of oil if any. After that, their tip was shaped like a nib with the help of a knife. The quill pens are also required to frequently dip them in ink-pots.

In 1822, John Mitchel started making machine-produced steel pens. By 1850, Birmingham became a large center that produced such pens. However, these pens worked like quill pens as they had to be dipped into an inkpot frequently to enable them to write.

In 1827, a Romanian inventor, Petrache Poenaru, got his first-ever fountain pen patented. This pen relieved the users from the need to frequently dip the pen in the inkpot. For some unknown reasons he could not develop them to a greater extent  and such pens remained defective.

In 1884, Lewis Edson Waterman developed a successful fountain pen and got it patented. His invented fountain pen, in the forthcoming years, went through many valuable developments and also become commercially successful.

The Ballpoint pen came into the picture during the 1880s. Its price was much lower as compared to fountain pens. Moreover, it was easy to use in all directions. In addition to this, it could successfully write on a variety of materials other than paper, such, wood, plastics, cardboards, or even underwater. Its ink doesn’t freeze in low-temperature zones. Due to this reason, it reduced the use of fountain pens. An American inventor John H. Loud got it patented, however, his designs never reached perfection.

In 1943, Laszlo and his brother George obtained another patent for a ballpoint pen. Gradually, they got success with their invention and to this date, there is no rival against ballpoint pens.

The invention of pens and balls pens contributed significantly in the fields of academics to the technical arena.

The meaning of the Latin word “Pencillus” is a small tail, from which the present-day word “Pencil” is derived. Modern pencils were developed through various stages, starting from the first inventor Nicholas-Jacques Conte in 1795. He was one of the scientists who were serving in the army of Napoleon Bonaparte – the famous ruler of France. Until then, an unknown material called graphite was discovered and he used it as the core component of a pencil that writes. Graphites are suited as a writing material due to its softness and dark gray color.

Graphite is a form (allotrope) of pure carbon and was officially found at Bavaria, Europe around the 15th century ago. However, its uses were recorded in history a few centuries earlier. In earlier days, a misnomer prevailed that graphite is a form of elemental lead, so they talked about pencil as “lead”. In 1832, the first factory of pencils, Cumberland Pencil Factory” was built in Keswick, England.

How Pencils Are Manufactured?

In the original process of pencil-making, water, clay, and graphite were combined and then roasted to a temperature of 1038 C. The extent of hardness or softness of the writing component of a pencil is determined by a suitable combination of its materials and the extent of the roasting temperature.

The letter H indicates the hardness; and the letter ‘B’ indicates blackness. Thus, the softest pencil is marked with 9B and the hardest one is marked with 9H. Popular pencils bear the mark HB. The letter ‘F’ indicates fineness. The ‘pencil-lead’ is surrounded by rounded or angular wooden casings appropriately painted with different colors.