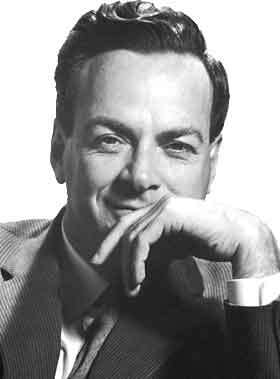 Richard Feynman is among the most famous and influential scientists of the 20th century. He has discovered many things in physics, especially quantum mechanics. His work in quantum mechanics is considered to be revolutionary which got him Nobel Prize in 1965.

Richard Phillips Feynman was born in New York City in the year 1918, but his parents originally belonged to present time Belarus. During childhood, Feynman was not able to speak on time, but it took him around 3 years to speak a few words. From childhood, Feynman always loved to repair and build something from scratch, and later he built his home laboratory for experiments. After progressing through his early education, Feynman built a burglar alarm system and installed it in his home.

When Feynman became 15 years old, he started self-study before entering into a college and learned advanced algebra, calculus, and geometry. Feynman applied for the admission at Columbia University but was not able to secure a seat due to the limited quota for Jews. Later on, he got admission at MIT with a major in mathematics, but soon he turned towards electrical engineering and then physics. Feynman got his Ph.D. in 1942 from Princeton with the thesis “The Principle of Least Action in Quantum Mechanics”.

Richard Feynman had contributed many things to quantum physics and worked in many projects. Some of the most important contributions that he made are: