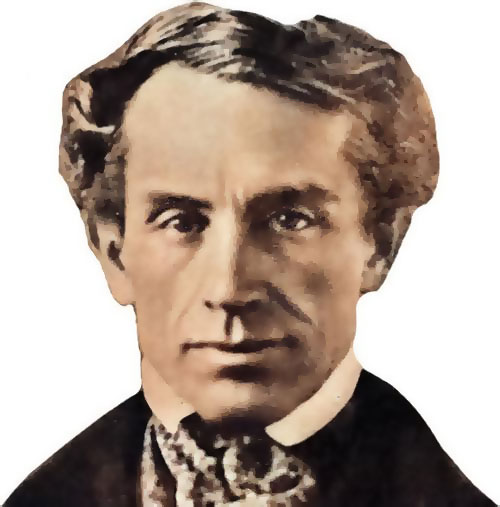 Samuel Morse is one of the great and famous inventors in the history of America. He has been the only person of his time who made a telegraph with a single wire. He was also the first who had brought the idea of using Morse code, which proved helpful for communication purposes. His plan of bringing Morse code worked, which made it possible to convey and represent information without using actual letters and alphabets. Besides this all, he was also a skillful painter which made it possible for him to support himself during studies.

Samuel Morse’s full name was Samuel Finley Breese Morse and was born in Charlestown, Massachusetts, USA in the year 1791. His father’s name was Jedidiah Morse, who was a reputable figure at that time. His father was mostly known for being a geographer and author. He had a great talent for painting before becoming an inventor. In his early days, he got admission in the school of Andover; the Philips Academy. He then went to study art at Yale University and had also continued his interest in gaining knowledge about Chemistry, electricity, and natural philosophy.

He traveled to the Royal Academy in London due to his huge attraction and interest in arts. However, due to financial troubles, he couldn’t continue his journey as a painter. Samuel Morse’s life took a new turn after his wife’s death and he made some strange decisions related to his career. His interest in the electricity field was greatly established which made him become an inventor. Morse’s hard work made it possible for him to take fast steps for inventing the telegraph. He raised money on several forums and was also performing his duties as a professor of art at New York University. Finally, in 1838, Morse was succeeded in developing a telegraph line that was capable of sending messages 10 miles away. The telegraph line became possible with the cooperation from his friends; Gale and Alfred.

After this, Morse had to develop a telegraph line that could send signals 38 miles away. But, he was not able to get funding for his project. In 1843, things became favorable and Congress granted him $30,000 to develop 38 miles of a telegraph line to connect Washington and Baltimore on railway platforms. Moreover, his development of Morse code was also helpful in the communication system which he developed for his telegraph. By using Morse code alphabets and numbers could be sent on telegraph using electrical clicks.

Samuel Morse has contributed many things to the electrical communication system. Some of his most important contributions are: