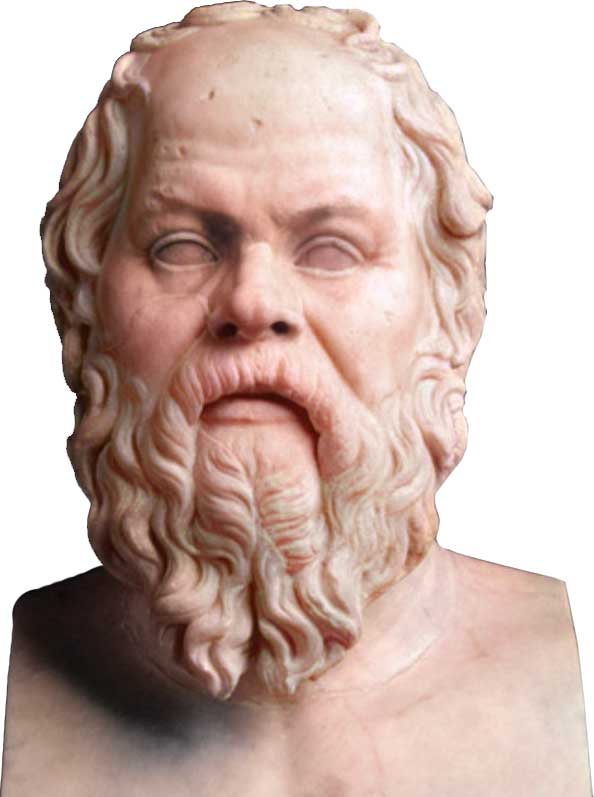 Socrates is best known for philosophy – the study of nature, knowledge, and reasoning. Almost every philosopher after him has been influenced by his thoughts. The biggest reason behind his success exploring the truth behind the events. Plato, the well-known Greek philosopher has remained his student.

Socrates was born in the year 469 BCE in Athens, Greece. His father, Sophroniscus, was a sculpture – one who draws statues from stones. And his mother was a midwife. Socrates grew while learning the art of shaping out statues from stones. When his parents realized he is not fit in the long run for such occupation, he joined the army of Athens. He served as hoplite – a foot soldier and fought many wars. After the war of the Peloponnesian 404 BC with Sparta, he left the army.

Socrates had an extraordinary nature and ability of questioning. He would ask reasons behind everything he saw. This led him to differ on the matter of gods that were worshiped by Athens. Moreover, he also questioned the political system of Athens and appreciated the one in Sparta. This created anger in the ruling classes of Athens and they blamed him for blasphemy – a crime against holy beings or religion.

Plato called him a gadfly – a person who interferes with the existing norms of society by asking strongly disturbing questions. For some people he was wise and for others, he was not. During this time there was a controversy against Socrates that whether or not he was wise. So one of his students went to the oracle of Delphi to know if anyone else was wiser than Socrates, the answer was no. To disprove this, Socrates met various wise men of Athens to know their wisdom. He came to know that they knew a little, yet they called themselves wise, thus they were not wise. Hence, he jumped to conclusion that a wise man knows that he is ignorant or knows nothing.

Furthermore, Due to the difference of thoughts with Athens and its political system, he was held in court. The people on the jury accused him of corrupting the minds of the youth and going against the gods they worshiped. The vote was cast to find if he was guilty or not. The majority declared him guilty and the jury sentenced him to death. Though he was given the option of leaving Athens to escape death, he denied it. In 399 BCE, Socrates drunk poison named hemlock and died.

Socrates didn’t leave any aspect of life in written form. Despite that, few vastly valuable contributions belong to him.