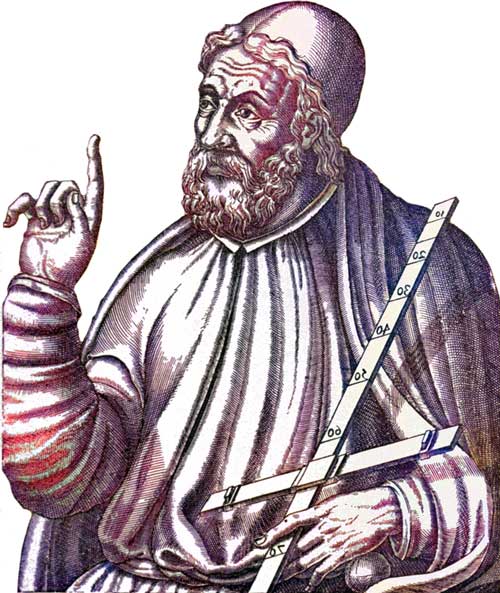 Ptolemy is one of the remarkable mathematicians of all time. His entire life revolves around the works he did mainly in mathematics, astronomy, geography, and astrology. However, he also contributed to optics and music to some extent. Almagest – his masterpiece book on planetary laws had been studied for many centuries by the scientists of high standing. The geocentric model of our solar system was introduced by him.

Claudius Ptolemy was born in Alexandria, Egypt in 100 AD. His family background and childhood are not very clear in history, except his name which some scholars claim was often found in the rich class of Macedonia. His overall history is mostly found in his contributions to science.

In the field of mathematics, he had a good command of trigonometry. He used trigonometry as a tool to learn the motion of visible objects in the sky. The importance of his astronomical work was first recognized by Arab scientists. In his astronomical work, the most invaluable masterwork was his book the Almagest. The book contains calculations that helped him compute the distance between planets and stars and dimensions of the universe.

Ptolemy’s works were mostly based on the work of Greek scientist Hipparchus – also known as the founder of trigonometry. Ptolemy’s model for the solar system showed that the earth was at its center. Therefore, it was called the geocentric model. However, it was proved incorrect by Copernicus, who then claimed that the sun was at the center of the solar system, therefore, it is called the heliocentric model. Moreover, being an astrologer he showed the importance of heavenly bodies that affect human life. He believed that a person’s birthplace, culture, and surroundings shape his personality according to the position of the Moon, Sun, and planets.

Ptolemy had also a good authority on geography. He drew the coordinates of Roman provinces on maps. Being highly skilled in maps, he has drawn many of them and wrote instructions for creating them. Furthermore, Ptolemy also worked on music – where he gave new concepts on composition and on optics – where he worked on the interaction of sight and light and properties of light like reflection, refraction, and color. At the age of around seventy, he died in Alexandria, Egypt in 169 AD.

Ptolemy’s works left a long-lasting impact on science and his works were used until Nicolaus Copernicus researched further and made corrections to his work.