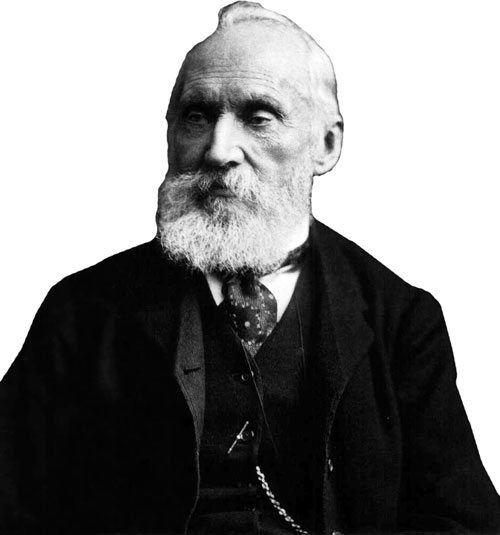 Sir William Thomson, also called Lord Kelvin, was a well-known mathematician and engineer. His work on mathematical analysis of electricity is one of his finest works. Besides, his important role in introducing a law on heat and temperature is valid in physics to this date. Moreover, he is also known as a telegraph engineer. And his expertise in the field of safety at sea also left an impact. Moreover, he was also awarded the Smith Prize due to his notable work in physics and mathematics.

William Thomson (Lord Kelvin) was born in June 1824 at Belfast, Ireland. He was the Scottish-Irish Physicist. He was the son of James Thomson who used to teach both mathematics and engineering at the Royal Belfast Academic Institution. William Thomson got early training from his father.

He spent most of his early life in Germany and Netherland, where he learned many languages. He got his early education at the University of Glasgow. After receiving his early education, he went to Cambridge in 1841. He was very much interested in mathematical and scientific methods of France, so he traveled to Paris.

William Thomson (Lord Kelvin) was excellent research and has published over 650 papers in his lifetime. The papers were mostly related to thermodynamics, geophysics, and telegraphy. Because of his high potential, he introduced around 70 new inventions in various fields. Also, he earned the honor of the youngest Chair of natural philosophy at the age of 22 at the University of Glasgow. Moreover, Thomson Williamson (Lord Kelvin) was a strong believer in Christianity in his entire life. At last, he died due to heart disease, on 17th December 1907, at the age of 83 years, near Largs in Scotland.