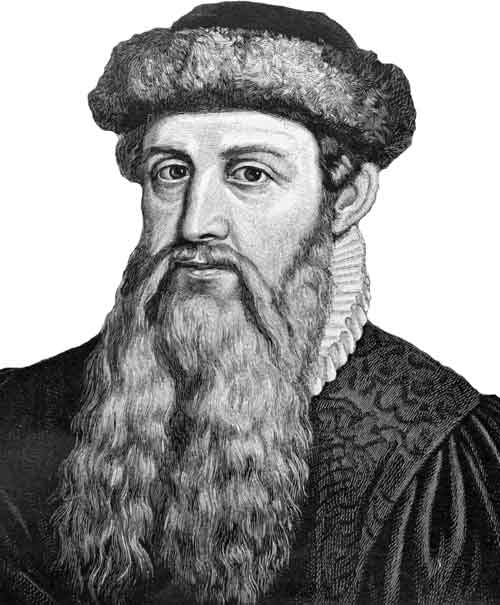 The man behind the spread of literacy in Europe was none other than Johannes Gutenberg. The invention for which he is famous is the movable-type printing Press. By this invention, he enabled the entire European population to learn on equal terms with those of the wealthy class, due to availability of books from its printing press.

His invention of the printing press brought an overall change in the thinking of people. Gutenberg’s name always comes-up in mind whenever his worthy work of movable-type Press is recalled.

Johannes Gutenberg was born on 24th June 1400 at Mainz, Germany. His Father, Friele Gensfleisch, was a goldsmith and also did the business of cloth. His mother was Else Wyrich. It is supposed that he grew-up knowing the work of a goldsmith. And there are evidence that suggests that he studied at the University of Erfurt in 1418 when he was young.

Due to political tensions in Mainz, Gutenberg moved to Strasburg. It is told that he taught a wealthy man the methods of polishing gems. Soon after that, he engaged in the business of selling polished mirrors to people going for a religious purpose to the city of Aachen. Unfortunately, his trade failed due to floods that year.

After that, he thought of the movable-type printing press in 1444. Impressed with the idea of publishing books, Johann Fust (an investor) agreed to invest in his startup by 1450. Gutenberg received 800 golden coins from him and began to work. Their first publication was a German poem. However, this joint work short-lived. Because Gutenberg probably started two separate works of printing; one for the Bible and the other for ordinary. Johann Fust doubted that Gutenberg used his money elsewhere, so he put the case before the court. Gutenberg lost the case and didn’t have a penny to spend.

His works played a crucial part in the change towards renaissance; a period of European dark-ages towards enlightenment when education and development began. Before the renaissance, the world was dominated by Muslims in knowledge and progress. Gutenberg was pushed out of the country during the war. By 1465 his works were given the actual value. So, he came back to Mainz, Germany, and died in the year 1468. 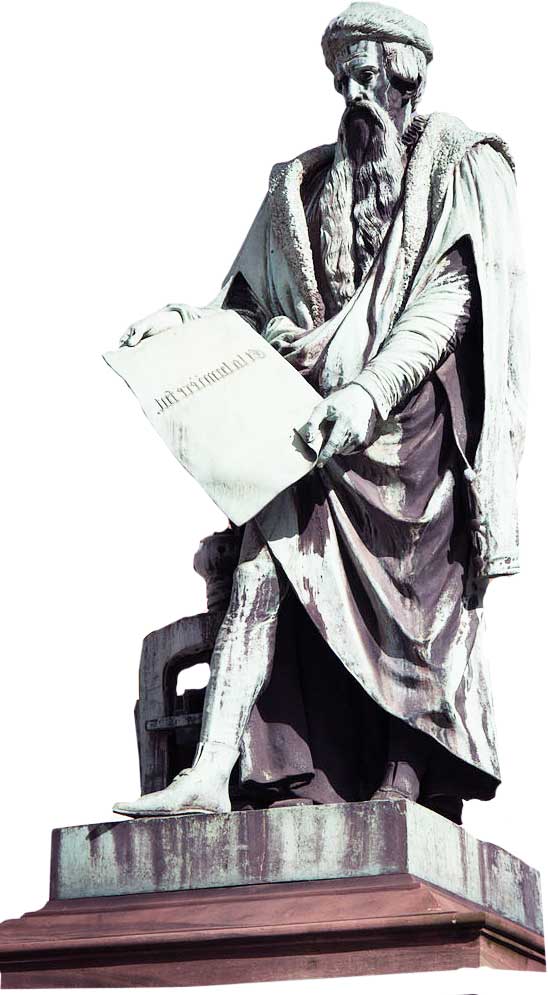 Johannes Gutenberg’s grand contribution to human history is what enabled humans to record history in written form. Even though his work was a change-maker, he lived a poor most part of his life. The main contributions that he made are:

Movable-type printing press – Gutenberg invented this machine in 1434 when he was left with no money to spend. Due to a huge debt, the money lenders demanded their loans back. For earning money to pay back loans, he thought of inventing it. It is said that the invention of this machine came up as a ray of light in his mind.

Oil-based ink usage – since he had invented the movable-type printing press, he was also the first to use oil-based ink for printing books.