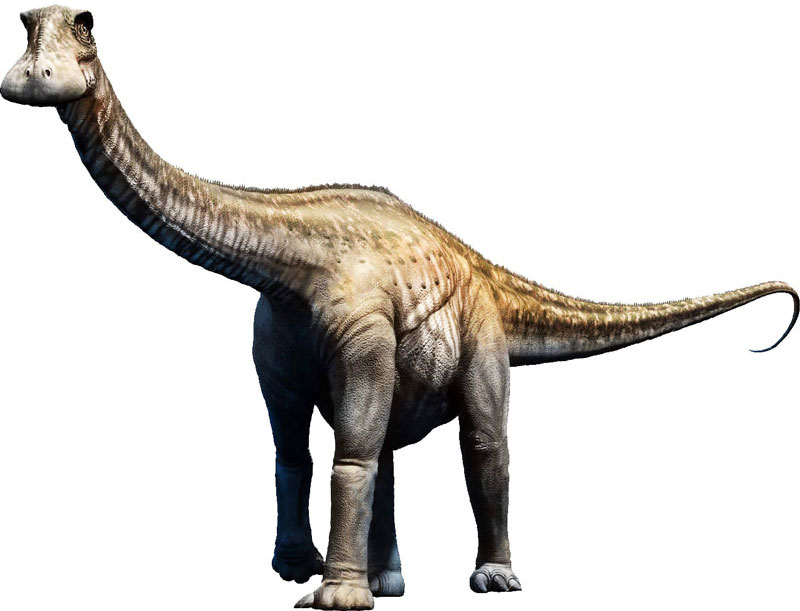 Nigersaurus are famous dinosaurs for having 500 slender teeth in their jaw. These dinosaurs have been recognized recently in the year 2000 and were named in the honor of country “Niger”. The word Nigersaurus has two parts; Niger (country name), and Saurus (reptile).

Nigersaurus is placed in the category of sauropods in which all the long-necked and long-tailed dinosaurs are placed. Nigersaurus was probably one of the smallest sauropods because its neck was short. An adult Nigersaurus weighed around 4 tons and its size was comparable to a modern elephant. The overall length of a typical Nigersaurus was around 9 meters (30 feet) including its tail. It had thick and stronger hind legs as compared to its front legs. Its neck was short and had 13 vertebrae in the cervical spine.

The skull of a Nigersaurus was made of thin bones and had many small openings and pores. These features provided them great flexibility in feeding on the ground. The muzzle of the Nigersaurus was wide and long which helped it in eating small ground-based vegetation. It had around 500 thin teeth in its jaw that were replaced with new teeth in 2 weeks. Its upper jaw teeth were larger than its lower jaw teeth. Moreover, Its jaw was much wider than the skull.

Nigersaurus preferred to live in areas having water lakes or streams nearby; the area is also called the riparian zone. Due to plentiful water, a riparian zone has a lot of low-lying vegetation. Riparian zones provided Nigersaurus with many types of vegetation. Moreover, they shared their habitats with other dinosaurian herbivores, such as Apatosaurus.

Nigersaurus is believed to behave much like other herbivore sauropods. They had probably spent most of their time in hang-dog positions and grazing low-lying vegetations. Nigersaurus had difficulty in holding their head upward or horizontally. So eating leaves and other parts of long trees was not possible for them. Many paleontologists believe that their behavior can be compared with today’s cows.

Similar to other Sauropods, Nigersaurus were herbivores. They had grazed close to the ground and ate low-lying vegetation. They had a wide muzzle which helped them in cropping more vegetative material in a single bite. You may think they probably ate grass, but the grass was not evolved during that time.

They mostly ate angiosperms, horsetails, ferns, and horsetails as food. Many paleontologists also believe that their teeth arrangement also functioned like a comb. With the help of comb-like function, they may have filtered and ate water plants. 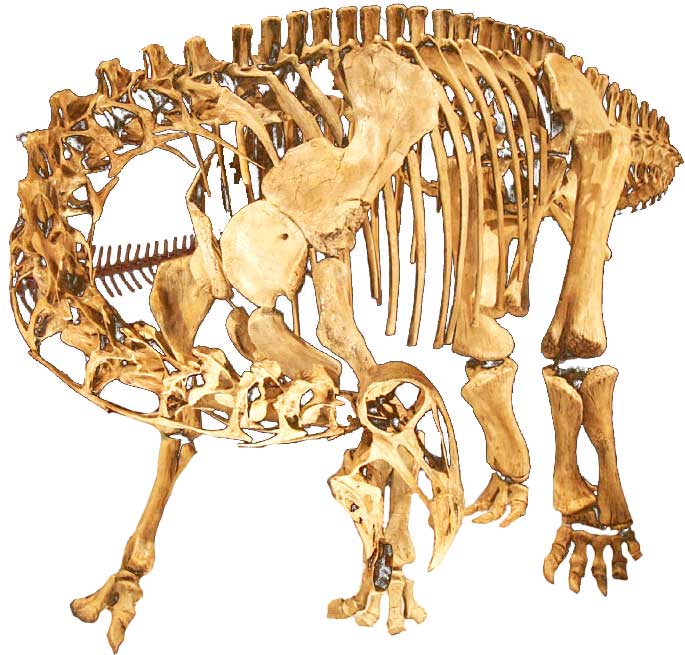 The first remains of Nigersaurus were discovered in 1976. But paleontologists at that time were not sure about their findings. Paul Sereno, an American paleontologist, led expeditions to Niger in the years 1997 and 2000 for the search of fossils. He discovered many fossils from Elrhaz formations in Niger. Among those fossils, he found fossils of a new dinosaur species that is known as Nigersaurus (“Niger Reptile”). He along with other paleontologists gathered many bony parts of Nigersaurus separately and assembled a rough skeleton.

Paul provided a detailed paper on the appearance of Nigersaurus in 2005. He explained its unusual Skull which housed 500 teeth and its feeding adaptions. However, a more detailed paper on the whole Nigersaurus skeleton came in 2007. Currently, many specimens discovered by other paleontologists are under examination and further details will emerge as the research will continue.