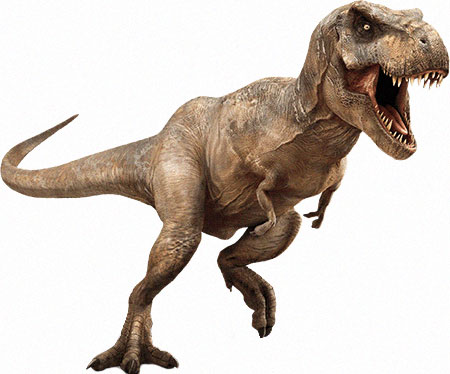 Tyrannosaurus Rex are pre-historic animals living around 65 million years ago. Thus, none of the early-day humans have watched them in reality. It is because early humans appeared around 20 million years ago. But thanks to paleontologists (scientists who study fossils of animals, plants, and other living things) who have through their intense research and with the help of computers re-created their appearance. They have always been fascinating scientists and many movies have shown them in action.

Tyrannosaurus Rex (T. Rex) derives its name from Latin and Greek Languages. Tyrrano stands for a tyrant or cruel, and Saurus stands for a lizard. So, its apparent meaning would be a tyrant (cruel) lizard.

Rex are one of the largest dinosaurs ever lived on the earth. They were around 40 feet long and 20 feet tall. The weight of an average-sized T. Rex was around 14 Metric tons. They had very muscular legs and a very strong tail. Their front limbs were very short each having two fingers. They possessed thick and heavy skull and the length of their jaw reached up to 4 feet. Their skin was scaly much like fishes in the ocean. They had serrated (saw-like) conical teeth. They had a very strong jaw with overwhelming strength.

There is a likelihood that T. Rex availed greatly varied habitats. Around 65 million years ago when these animals prevailed on earth the entire landscape was very much different from present-day landscapes. Scientific studies support the view that they preferred humid and semi-tropical environments. Coastal swamps, water-bodies, and open forests are included in their preferred habitats. Such environments also provided them with their prey to feed upon.

This huge-sized animal was carnivorous i.e. flesh-eater. They, in general, hunted herbivorous dinosaurs for their food. They were very fast-moving animals and could eat hundreds of pounds in a single time. It is estimated that they could take around 200 kg of meat in a single bite.

It is believed that in some situations they also consumed dead bodies of animals for feeding themselves. In general, they didn’t consume animals of their kind. However, they only killed their kind members due to fighting for various reasons, such as hunting food in other member’s territory.

According to some studies, T. Rex were found to hunt in groups due to their extremely short front limbs (arms). Their front limbs were not sufficient to break the defense mechanisms of the prey. So, hunting in the groups made it easier for them to hunt and protect themselves. However, they also acted as solitary hunters. Sometimes they also involved in scavenger activities (eating dead animals). Usually, they led a solitary life until it becomes necessary for them to form groups. 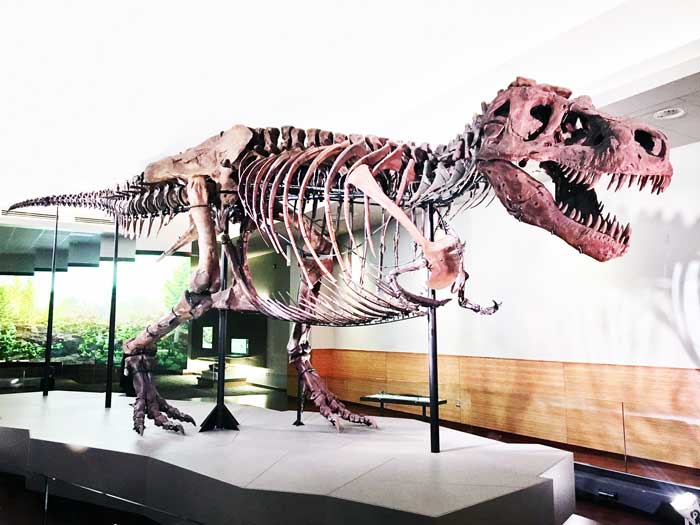 Barnum Brown is considered as the discoverer of a partial skeleton of Tyrannosaurus Rex (T. Rex). He found the fossil in the eastern part of Wyoming State in the year 1900. Several other people also found various fossilized parts of T. Rex.

The fossil remains of T. Rex were also discovered in western parts of the US from Virginia to Texas and also in Alberta, Canada. However, some scientists think that T. Rex were originated from Asia, as supported by research about their skeletal features. As per one estimate they crossed over from Asia to the USA dating back to around 67 million years in the past. Some other scientists hold the view that their species was evolved in the present-day United States.