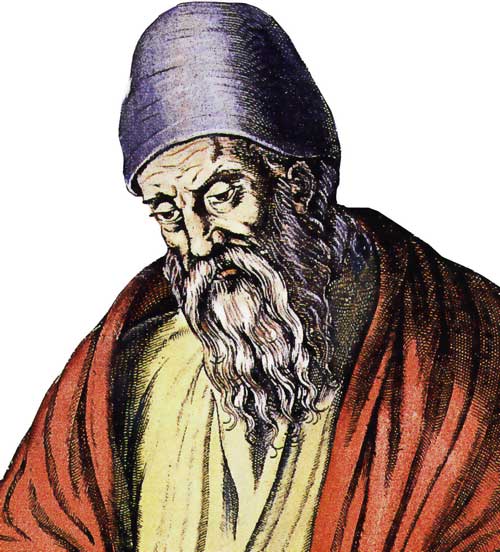 Euclid has remained one of the founding mathematicians. He contributed many things to geometry due to his keen interest. Due to this reason, the world knows him as the father of geometry. His name is also present in the modern geometry book as “Euclidean geometry”.

Euclid was born in 325 BCE in Alexandria, Egypt. Although much of the information about him is uncertain, therefore, most precise references have been used to assume as correct. Arab scholars write that his father’s name was Naucrates and he was born in Tyre.

He most probably gained basic education at the Academy of Plato – the Greek philosopher. At that time, Ptolemy-I ruled Egypt, since it became part of Greece under the dominance of Alexander the Great.

He studied geometry and the earlier works on it by mathematicians like Eudoxus, Theaetetus, and Phillip of Opus. He compiled their theorems and tried to prove them. He was also asked by Ptolemy-I that if geometry could be learned more easily? The Euclid would reply, “There is no royal road to geometry.” This was pointed to Euclid’s exclusive work – Elements. Proclus – the last of the Greek philosophers write that Euclid wrote his treatise on the influence of Plato.

Euclid’s contributions are mainly in the field of mathematics. It has urged historians to mark him as one of the greatest mathematicians. His invaluable additions to mathematics not only revolutionized astronomy and space after many centuries. But also served as the foundation of geometry for all.